I was outraged by a BBC news presenter who quite candidly announced on National television, “Can we really live alongside these animals?”

Beaver on the River Otter in Devon © Dave Land

The presenter was referring to the Devonshire beavers who have taken up residence along the River Otter. These beavers had arrived unannounced and seemingly flourished in their new home. It is not certain how long they have been occupying the area, between 3-5 years has been estimated. What if it was longer? The fate of humans has not been doomed during that time. I have not seen any evidence of the struggle between human and beaver played out, such as that of a threat to our societal rights.

I am ranting of course. Though the message I heard was quite clear. For all the efforts that Scientists, policy makers and those in the realm of nature conservation make, it seems a crying shame that we have people questioning these achievements and impeding progress. Are we only willing to accept nature if it does not stand in our way?

Ken Thompson, in his book ‘Where do camels belong?’ raised a similar issue. We intentionally introduce certain animals and plants from all over the world, reaping their beneficial properties. However, once they become unmanageable, we want to remove and destroy them.

“Generally speaking we like animals and plants that are attractive and don’t cause any trouble…” (Thompson, 2014).

Animals and plants must boxed and controlled in a corner, where they can serve their duty to humanity.The successful rabbit (Photo: Alamy) and rare brown hare (Photograph: Fischer/Getty Images). Which one do we prefer?

The successful rabbit (Photo: Alamy) and rare brown hare (Photograph: Fischer/Getty Images). Which one do we prefer?

Understandably, livelihoods play an integral part in such emotive subjects such as introductions and reintroductions. An example which had a profound impact on me personally was the BBC documentary ‘Land of the lost wolves’. Researchers gaged the opinion of ranchers in Washington’s Cascade Mountains on the return of the Gray wolf and some are deeply unsettling. Similarly, the reintroduction of Gray wolves to Yellowstone National Park is a key example of conflicts between humans and wildlife. This ecosystem engineer was reintroduced in 1995 and successfully increased their range and population size.  Alpha female, 832F (A.K.A 06 Female) of the Lamar Canyon Pack, amongst other wolves, was shot by licenced hunters. This waged an international outrage. 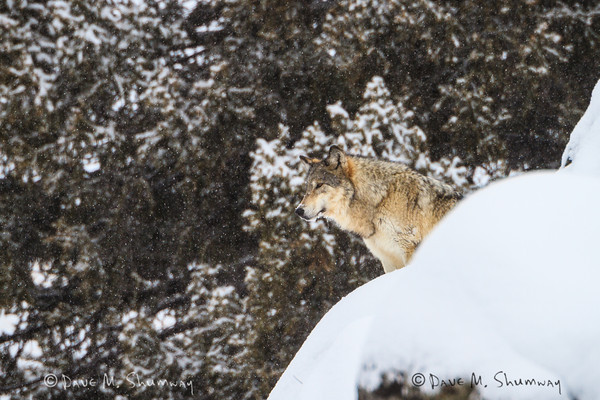 The alpha female of the Lamar Canyon Pack.

Natural England approved a five year monitoring trial by Devon Wildlife Trust on the 28thJanuary 2015. The beavers can stay, for now. As long as they remain disease free of course. What can we, as scientists, educators, policy makers etc, do to collaborate more effectively with people?

This topic is vast and this post is just an opinion (perhaps just another superficial outburst), but one which leads to a final burning question. Isn’t it about time we learnt how to share?

Photo of Earth taken by the crew of Apollo 8 as they orbited the moon in 1968. (Nasa/Time & Life Pictures Nasa/Getty)

For more information on a previous beaver monitoring trial see: